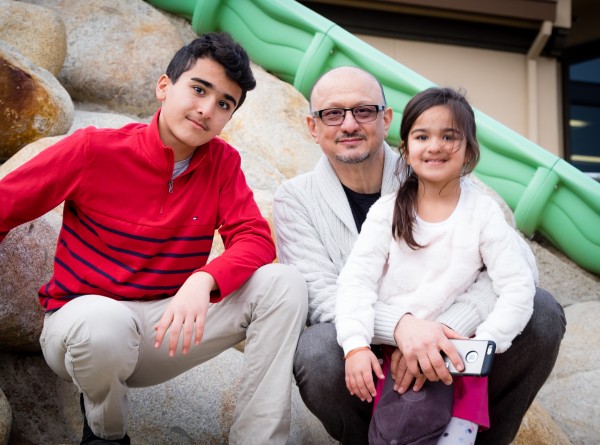 Jewish Family & Community Services East Bay (JFCS East Bay) offers a range of social and mental health services to refugees from Afghanistan, Iran, Iraq, Bosnia, African countries, and the former Soviet Union who now reside in Alameda and Contra Costa counties. The Afghan Refugee Program provides resettlement services (case management, job search, housing placement, connections for health and mental health services, orientation to local communities, enrolling children in school, and English as a Second Language classes) for Afghan refugees who served as translators for U.S. troops and had to flee Afghanistan under threats from the Taliban. The resettlement services are designed to ensure that refugees are able to establish safe homes while also accessing social services and successfully integrating into their new communities. Refugees are also matched with volunteers who provide families with acculturation assistance, transportation, and English tutoring.

The first several months of resettlement services are critically important to the successful integration of refugee families. When given an adequate foundation from which to rebuild their lives, refugees can successfully integrate into local communities. ZFF support for the Afghan Refugee Program responds to a pressing need for an extended period of refugee resettlement services, beyond the three months supported by federal grants, so that this particularly vulnerable population can make a successful transition to life in the United States.

The Afghan refugees served by JFCS East Bay arrive in the United States after escaping Afghanistan under dire circumstances. While many are from ethnic groups historically targeted by the Taliban, most of the recent arrivals served as translators for U.S. troops, which also puts them and their families at high risk of persecution, kidnapping, and death at the hands of the Taliban and other fundamentalists. These refugees are recipients of a new, expedited process for refugee status, called Special Immigrant Visas (SIV), which is available to persons (and their spouses and unmarried children under twenty-one) who were employed by or on behalf of the U.S. government in Afghanistan for a period of one year or more, between October 7, 2001 and September 30, 2016, and who have experienced or are experiencing an ongoing serious threat as a consequence of that employment. JFCS East Bay has helped resettle 197 SIV holders since 2012.

SIV cases tend to be particularly complex because they involve highly traumatized people, who just days before arriving in the U.S. were in active fear for their lives. SIV holders do not receive the cultural orientation that refugees who have been in UN refugee camps go through, so they arrive knowing almost nothing about how to function in the United States. To complicate matters, translators who have recently arrived often come with unreasonably high expectations of what will be provided for them in the U.S., because they have been “promised” apartments and jobs somewhere along the line – either by soldiers they worked with or by embassy staff. Although the men who served as interpreters have the advantage of spoken English skills, many of them only have a basic education and cannot read or write in English. Most of the women have lived extremely sheltered lives; they require intensive case management and social services due to cultural barriers and a lack of formal education.

JFCS East Bay is the local affiliate of HIAS, one of nine national resettlement agencies that receive refugees into the United States after they have obtained refugee status through the United Nations and have been accepted by the State Department. Refugees are assigned to affiliates based on existing population clusters and where the new arrival’s anchor family or friends reside. JFCS East Bay is one of three refugee resettlement agencies serving Alameda and Contra Costa Counties.