Thoughts from the Field
Blog 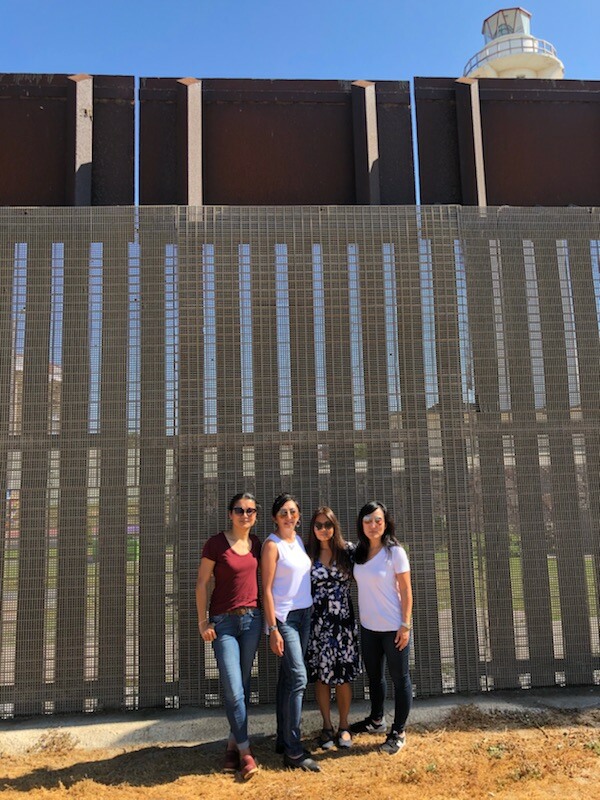 Navin Moul is the Zellerbach Family Foundation’s Program Executive for Immigrants and Refugees.

Earlier this month I participated in a delegation led by Hispanics in Philanthropy to San Diego to learn from key leaders and understand the context and process of family separation. The trip highlighted the local context and offered funders an opportunity to talk with local experts and immigrant-serving organizations in the region about the multiple dimensions of detention, representation and deportation. Participants were invited to visit a detention facility, sit in on an “operation streamline” hearing where detainees who were caught crossing the border are criminally prosecuted, or visit Tijuana organizations providing services to newly deported women and their children. The trip was timely, informative and an opportunity to better understand how immigration policies, both new and old, are implemented along the Californian southern border.

So much of the on-the-ground reporting on the administration’s “zero tolerance” policy has been in Texas and Arizona. I wanted to see and hear first-hand if the experiences of asylum seekers in California mirrored those of their peers in Texas and Arizona. I opted to observe an operation streamline hearing in which nine immigrants appeared before a judge all together with their public defenders. They had been picked up by border patrol and detained overnight. None of them spoke English and had only met their attorneys that morning; not enough time to build any kind of trust. The judge read their charges to them as a group and spoke to them through an interpreter. One detainee spoke an indigenous language and had a hard time understanding Spanish. It was hard to see how this process was just or that what was meted out was justice. When asked by the judge how they plea, one by one, all nine robotically answered “guilty” and were sentenced to time served. No one showed any emotion, all resigned to the decision. I felt sad and frustrated watching this. How could detainee defendants get their due process rights through group processing where they are charged in a foreign language and given very limited time to prepare with their attorneys? It seemed like a farce and antithetical to my understanding of “having your day in court.”

I realize that the hearing I saw was a “lighter” version of what happens every day when as many as 50 detainees are brought in front of a judge all at once. In Texas and Arizona where operation streamline has been operational for years, detainees are shackled together and processed through the courts in rapid speed. California had resisted the implementation of this process twice before with objections from both public defenders and judges. In the end, the Attorney General forced the implementation and operation streamline started on July 9, 2018 in San Diego.

This trip was emotionally overwhelming and at times left me feeling disheartened and low. Fortunately, the lows were countered by the sheer will and sense of possibility that allies and advocates displayed in their steadfast commitment to the promotion and protection of dignity for all humans regardless of race, class, color, age, status, country of origin, gender, or reasons for coming to the U.S. I’m still processing what I saw and heard, my conversations with local providers and peer funders, and my own sense of responsibility and action for a more just immigration system.

Here are my quick take-aways:

Obviously, one trip can’t provide the solutions for what has been plaguing our country’s conscience around family separation and the criminalization of immigrants. This trip is part of a larger conversation we are having in the philanthropy around our role and responsibility around family separation, detention and deportation, and immigration reform in general. What role can a local funder play in effecting national policies, unify families locally, ensuring due process for everyone, and facilitating the successful integration of immigrants in our communities? Who do we work with and where do we plug in? I am grateful that there is a community of funders within California and around the country that are also working on these questions. I look forward to more opportunities to learn from and work with peers and partners to create a more just process.